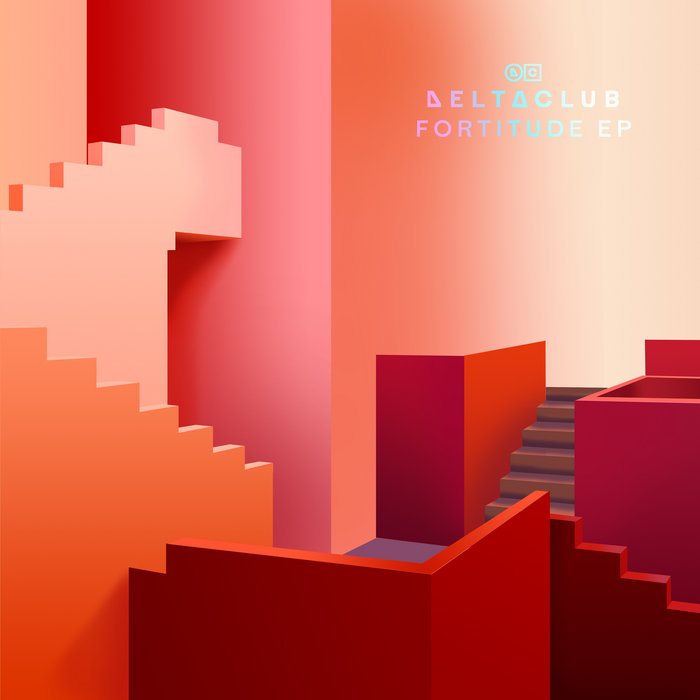 Defining Fortitude ep as a concept album wouldn't be correct, but surely there are some recurrent themes that necessarily drove Mattia in his writing process. As he has moved frequently in different countries and cities, his Fortitude ep seems to follow this rootless nomadism in a constant need for the ultimate spot to rest for a while, and then start to run again. It's different than wondering aimlessly, it's more about finding yourself in this endless journey with Fortitude ep as its soundtrack.

* Bonus track available only for the vinyl edition.

Delta Club is Mattia Del Moro's moniker, a London based italian producer and musician. Delta Club's first music ideas started taking shape in Copenhagen on 2013, where Mattia was working as an architect in a danish architecture firm.
The following year he moved to London in order to focus on his music production.
Mattia's music career started in 2009 when he released the album "Landscapes" as "Brown & the Leaves", his previous solo project. Following a good critical acclaim he played around 120 shows supporting international artists such Múm, Dakota Suite, My Brightest Diamond and Paolo Nutini.
After that inspiring experience he felt the needing of a wider sonic research based on the exploration of west african string instruments, electronic sounds and field recordings.
Finding a great source of inspiration in post-rock bands such Godspeed you! Black Emperor, Explosions in the sky, Tortoise, minimalist composers Steve Reich and Philip Glass and african kora players and guitarists Toumani Diabaté and Boubacar Traoré, Delta Club is releasing now the new ep "Fortitude", out on the 18th of March 2016 in all digital stores.

This record is Loyal To Your Dreams

Loyal To Your Dreams Italy

Bandcamp Daily  your guide to the world of Bandcamp

Featuring appearances from Kari Faux, Bluestaeb and and interview with NY-bred artist Wiki